Blog - Latest News
You are here: Home1 / Articles2 / ‘El Páramo’ – Premiere in Sitges and recording of the OST by Dieg... 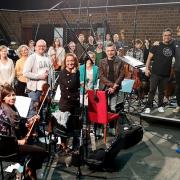 Yesterday was officially announced the premiere of the Netflix original movie ‘El Páramo’ by David Casademunt, next October at the Sitges International Film Festival.

This news would be the news of just another premiere, were it not for the fact that its soundtrack, created by conductor and composer Diego Navarro, was recently recorded in Krakow and SoundTrackFest was invited to the event.

On Monday 23rd and Tuesday 24th of August, the recording sessions took place at the Polish S-3 TVP Studios in Krakow, where the Beethoven Academy Orchestra conducted by Diego Navarro, gave life for the first time to the soundtrack of the film. In the recording predominated the string section, with the participation of piano, celesta, harp, and flutes.

The technical team of these sessions was formed by Pedro J. Mérida (producer), Gonzalo de Araoz Vigil (recording assistant), and Bartek Staniak (recording engineer), with the presence of Marcin Klejdysz (producer of the Beethoven Academy Orchestra) and Agata Grabowiecka (KBF / Krakow FMF – Film Music Festival). It should be noted that the role of the Krakow FMF and its brotherhood with Fimucité, were fundamental for these recordings to take place in Krakow, days before the celebration of the 14th edition of the festival.

In addition to the technical team, these sessions were attended by the director of the film David Casademunt, very interested in the whole creative process surrounding the music of his movie, and Gorka Oteiza, founder and director of SoundTrackFest, who kept an eye on all the details of the event.

We are sure you are eager to know more, and that’s why we are preparing a very special article regarding the recording sessions, which will include interviews with Diego Navarro and David Casademunt … but you will still have to wait a little bit longer to read it. 😉🎶📃

While that moment arrives, we leave you a few exclusive photos of the recording sessions, as well as the full official press release:

The feature film by David Casademunt, for which Navarro has composed the score, will have its World Premiere at the imminent edition of the Sitges International Film Festival.

Composer Diego Navarro, currently one of the most international Spanish film scorers, has happily concluded the recording of his latest work, on this occasion for Folk-Horror feature film “El Páramo”, the debut for filmmaker David Casademunt produced for Netflix by Rodar y Rodar, with Marina Padró as an executive producer. “El Páramo” is an unsettingly atmospheric tale, written by Fran Menchón, Martí Lucas y Casademunt himself, that introduces the viewer to a family whose quiet, isolated life is disturbed by a creature of unknown origin that will test the ties that bind them.

This recording was enabled thanks to the brotherhood that the Festival Internacional de Música de Cine de Tenerife (FIMUCITÉ) maintains with its Polish counterpart, the prestigious Krakow Film Music Festival a (FMF), a bond that is consolidated this year with the recording of the score for this new original Netflix production, as played by renowned Polish orchestra the Beethoven Academy Orchestra. Thus, Navarro could combine the recording of his score with his conducting duties at the most important concert of the 14th Krakow FMF, immediately after.

Navarro says that “composing the score for “El Páramo”, has been a marvelous artistic challenge. I was determined from the minute I accepted the job that David Casademunt´s debut would have its own musical voice”.

Additionally, the composer notes that “production-wise, it has been a complex task to combine the orchestra’s work with that of choirs, a number of soloist instrumentalists, and a vast array of electronic elements. The back and forth with David has been consistent and fluid at all times, and we have gotten on swimmingly. What´s more, I was desperate to work with the Beethoven Academy Orchestra and to have them play my music. I have conducted them on many occasions, but never as the composer. I´m really excited about the Premiere of our film in Sitges, and I have no doubt the film will be a great success.”

‘El páramo’ will have its World Premiere in October at the Sitges International Film Festival, where it will be competing in the Official Selection.” 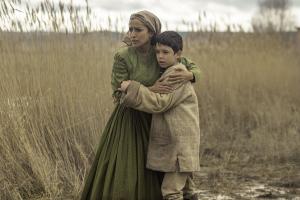 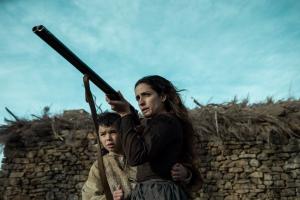 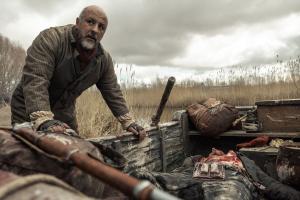 THANKS TO: Diego Navarro, David Casademunt, Netflix, and all the people who were part of the recordings, for inviting us to the sessions and for making us feel like part of the team. 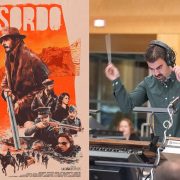 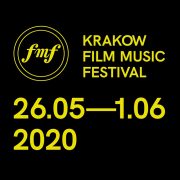 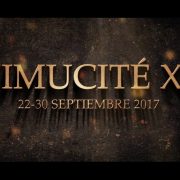 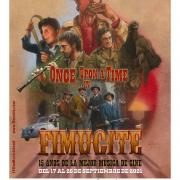 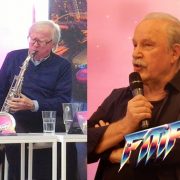 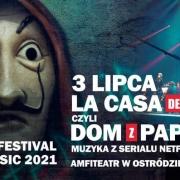