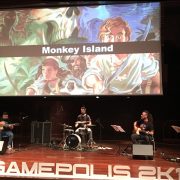 On the weekend of July 20 to 22, the Gamepolis event was held in Malaga – Spain (read news) and Sergio Hardasmal, writer of several books on film music composers and collaborator of the Spanish Action Film-Video Magazine (follow link), attended the event on Saturday 21st and tells us in this exclusive article for SoundTrackFest, how was the conference and the night concert that he could enjoy there.

Malaga has hosted an unmissable event for the whole family in the framework of the VIth Video Game Festival, Gamepolis 2018, which at mid-morning of its second day of celebration, on Saturday July 21st, was showing a “sold out” sign. 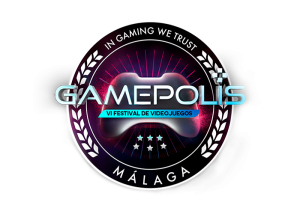 The inclusion in the program of several workshops and conferences, as well as videogames music concerts, caught the attention of SoundTrackFest. In fact, the conference “Music for video games: Process and creation”, by Juanjo Molina, turned out to be a must for the usual fan of the audiovisual music.

This young composer, who is also an orchestrator, arranger and conductor, has experience beyond the games, since his curriculum includes credits for theater, television, commercials, etc. 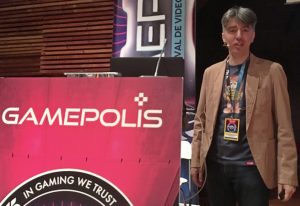 During his conference, Molina wanted to explain to the audience how is the process of preparing music for a video game, making it clear that everything is very different compared to cinema. According to Molina, in a game the protagonist is the player, and you have to deal with a process of immersion of the player, so that the experience engages him from the point of view of music.

The role of the score in a game can be less important than in other media such as film or television, being aware that you can play without sound on any platform, time and place. But the composer wanted to make it clear that when talking about bigger and more powerful games, music is an essential part of the experience.

The composer said that music had to fight to open a gap in the field of video games, and said that even with all the advances that exist today, it still has some limitations, starting with the space for example in games intended for mobile phones. 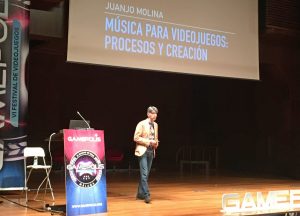 Starting from an important distinction between film music and the music destined for games, being the first one linear and the second one non-linear, the composer has presented the categories that make up the soundtrack of a game and how the gameplay delivers in the composer the need to find a way to economize the use of space with respect to the importance of the music, without being repetitive or boring. For this reason he has explained the different solutions the composer can use: loops, echoes, playing with volume, variation of arrangements of the same theme, random music… 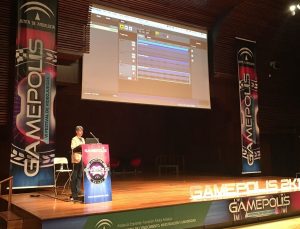 The conference explained in a pleasant and simple way the use of strigers or the technique of branching, all with the support of example videos and exposing the starting point of the composition, consisting of the task of spotting (visualization and decision of where to place the music) with the developer of the game, as well as the various stages that happen next. Special mention deserves the differentiation between the vertical (with its transitions) and horizontal or layering of music, all very well presented by the composer throughout his speech.

On the most advantageous sides of writing scores for games compared with cinema and other media, the musician wanted to highlight the existence of longer time to compose, concluding his speech with a Q&A session and succeeding in awakening the interest of the public. A public that, even without being necessarily familiar with the techniques or the tools of composition, has been able to understand perfectly the complexity of a craft in which in addition to possessing talent to write music, a special capacity is required to adapt to the demands of the games and their stories, in a support that undoubtedly is especially demanding from a composer. 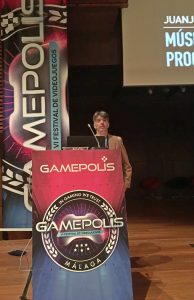 More information about the composer:

As a stimulating ending for an intense and hot day in Gamepolis, the organization has managed to sell out all the tickets for a concert of video game soundtracks of different periods, performed by the guitarist Enocguitar and the band known as the NPCs. 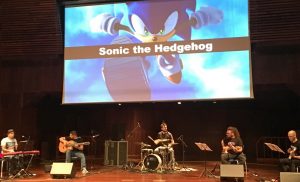 It is an interesting proposal for bass, electric guitar, drums and keyboards, which together with the charismatic Spanish guitar of Enocguitar, has offered a very varied tour through the music of numerous popular games that have entertained different generations. Titles such as Super Mario Bros, Zelda, The Last of Us, Monkey Island, Skyrim, Street Fighter or Final Fantasy VII, among others, have been very well received by the audience. 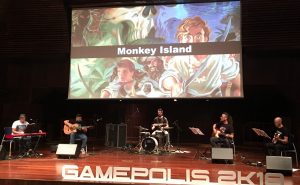 Personal versions of the songs have been offered, where the Spanish guitar has almost always carried the weight of the melody, with a brilliant and almost always very well resolved accompaniment of the musical formation, which has offered a very complete rhythmic support and that has demonstrated an appreciable level of quality, giving to the pieces of the program a feeling sometimes certainly close to jazz and even to Latin jazz. 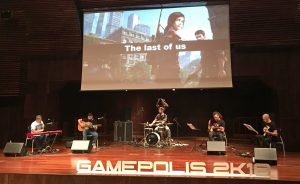 The performance of Enocguitar and the NPCs has not been exempt from humor and complicity with the audience, since the musicians wanted to confess some anecdotes, adding their own theme to the program and playing some notes of a mysterious piece to be guessed, and that finally, was the logo of the beloved Capcom. 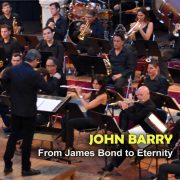 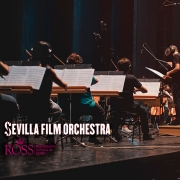 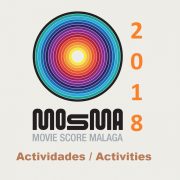 FIMUCITÉ 12 – Changes in the concert ‘Colossus of the Silver Scree...

Finalists of the 2nd Edition of the Juan Gil Family Estates International Soundtrack...
Scroll to top