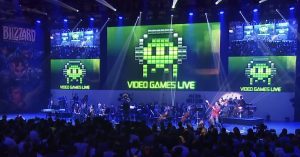 A week ago, the Gamescom videogame fair was held in Cologne, Germany, and two free video game concerts were held within the Video Games Live world tour.

Both concerts were performed by the City of Prague Philharmonic Orchestra conducted by Russell Brower, and they are now available on Blizzard’s YouTube channel for your enjoyment.

Hans Zimmer & Lorne Balfe are looking for a ‘Genius’