Film music concert organizers Cineconcerts, that bring live-to-picture concerts around the world, with movies such as Harry Potter, Rudy, The Godfather, Gladiator or The Polar Express, have two special podcasts featuring film music and its composers, led by Cineconcerts founder and orchestra conductor Justin Freer, that are really worth checking.

The first one is Film Music Focus, where Justin Freer hosts weekly in-depth discussions on the relationship between sound and image in your favorite movies, shows, and video games, with composers such as: Patrick Doyle, John Debney, Bruce Broughton, Joel McNeely or Alan Silvestri.

The second podcast is called Film Music Fridays, a bi-weekly video series where Justin Freer discusses a range of cherished cues composed by some of the most well-known composers of our time, such as Tombstone (Bruce Broughton), 1917 (Thomas Newman), Chinatown (Jerry Goldmsith), Indiana Jones and the Raiders of the Lost Ark (John Williams), and many more. Within each episode, Justin breaks down a specific scene from the film and talks about why the music is so important. 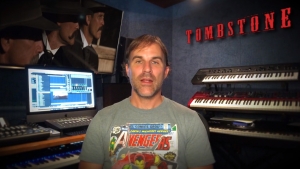 Don’t miss these two podcasts and keep an eye on live-to-picture film music concerts around the world with Cineconcerts here:

D23 Inside Disney Celebrates the Magic and Music of Howard Ashman