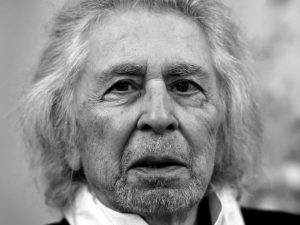 French composer Francis Lai, has died at 86 years old, according to information made public by the mayor of his hometown, Nice (France) – Follow link

Famous for winning an Academy Award for his soundtrack for Love Story in 1970, he received the Lifetime Achievement Award at the World Soundtrack Awards / Film Fest Gent in 2014.

With more than 130 soundtracks composed, we could point many names in his career, such as Bilitis (1977) or Vivre pour vivre (1967), but here you have a live video of Francis Lai to the accordion, playing one of his first great hits ‘Un homme et une femme (1966)’.