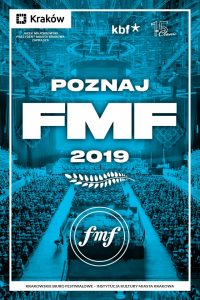 With 6 months in advance, the Krakow Film Music Festival (Krakow FMF), which is celebrating its 12th edition from Tuesday, May 14th until Tuesday, May 21st, 2019, has announced today its full concert program and the first batch of guests.

The festival program includes many concerts, as usual, from the monographic concert that will present a retrospective of the work of Alexandre Desplat, to the festival gala dedicated to the music of Craig Armstrong, or the film ‘Bram Stoker’s Dracula (1992)’ with music composed by Wojciech Kilar in concert (co-produced with Fimucité), going through the film ‘Birdman (2014)’ in concert with Antonio Sánchez, or a concert dedicated to the music of the worlds of Quentin Tarantino, or a journey through the most important music for Krzysztof Zanussi‘s films in the annual appointment of the Scoring4Polish Directors cycle. A total of 10 concerts for an intense week full of activities.

Tomorrow we will offer you a special article in SoundTrackFest, analyzing in detail the program of this 12th edition of the Krakow Film Music Festival, but in the meantime, here you have the link to the press release: