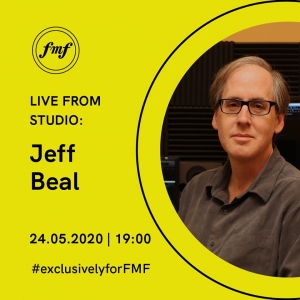 Krakow Film Music Festival continues the cycle ‘LIVE FROM THE STUDIO’, with a concert performed by the US composer Jeff Beal, this Sunday, May 24, at 19:00h.