The John Wilson Orchestra – At The Movies! – December 2018 Tour 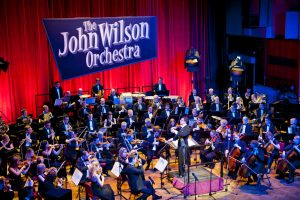 The John Wilson Orchestra, conducted by British conductor, arranger, and musicologist John Wilson, will start their end of the year tour entitled “At the Movies!” tomorrow Sunday, December 2nd in Manchester (UK), offering 11 film music concerts in the following two weeks across the UK.

This 70-piece orchestra has established an international reputation performing repertoire from the golden era of Hollywood, Broadway musicals, and music for the big screen.

Joined by special guest actress and singer Kim Criswell, the concerts will include music from movies such as ‘Diamonds are a girl’s best friend’, ‘ET’, ‘South Pacific’, ‘The Philadelphia Story’ ‘People’ ‘The Shadow of your Smile’ or ‘There’s No Business Like Showbusiness’.

Where: Across the UK 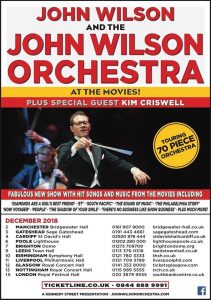 Movie ‘The Age of Innocence’ live to picture with the City Light Symphony...
Scroll to top