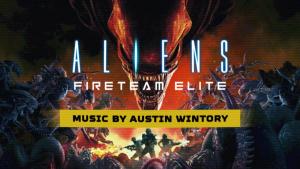 Composer Austin Wintory has released a video of his upcoming soundtrack for Cold Iron‘s new squad shooter video game “ALIENS: FIRETEAM ELITE” where you can see a glimpse of the recording sessions of the score in Nashville.

In Austin Wintory’s words: “With immense pleasure, I can officially reveal my role as composer in Cold Iron’s new squad shooter ALIENS: FIRETEAM ELITE. This franchise is among my all-time favorites, whose original musical foundations were laid by the towering trio of Jerry Goldsmith, James Horner and Elliot Goldenthal. The goal here was to channel the magic of what they created and hopefully add some new surprises.”