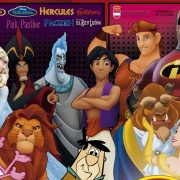 The Municipal Symphonic Band of Music of Puertollano in collaboration with the Department of Culture, has scheduled for Sunday, March 12th – 12:30 p.m. at the ‘Pedro Almovodar’ Municipal Auditorium of Puertollano (Ciudad Real), a concert entitled ‘Didactic film music concert for children and adults‘, that will be about soundtracks, and that will be conducted by Luis Fernando Valiente. 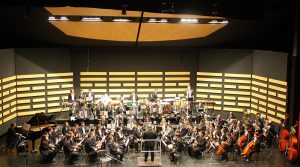 According to the information provided by the city council: “The stage will be flooded with the best Original Soundtracks from animated films like ‘Aladdin’, ‘Beauty and the Beast’, ‘Hercules’, ‘The Flintstones’, ‘The Incredibles’, ‘Pink Panther’,’ Frozen’ and ‘The Lion King’, as well as others such as ‘Star Wars’, ‘Jurassic Park’, ‘Indiana Jones’ and ‘Rocky'”. 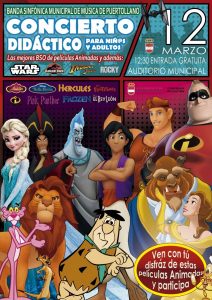 Entrance to the concert will be free and the organization encourages children and adults to come dressed like characters in the films, to participate in one of the concerts that musicians enjoy most, and that will surprise the public for its originality and musical variety.