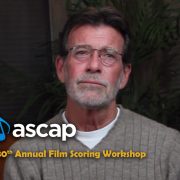 This Sunday, April 1st is the registration deadline for the annual ASCAP Film Scoring Workshop, which is going to celebrate its 30th edition!

As usual, the workshop will be held in Los Angeles for 4 weeks, from the end of July until mid-August, and will have Emmy winner Richard Bellis as a mentor, who’s been in charge of the workshop for 22 years now!

With this workshop, ASCAP (American Society of Composers, Authors & Publishers) offers a one-of-a-kind experience for aspiring composers of film, TV and other visual media. During this month-long immersive program, 12 participants will get the opportunity to record an original composition with a 64-piece orchestra of LA’s finest musicians on a major studio scoring stage, joined by a legendary scoring mixer, music editors, copyists and professional composers acting as mentors, with Richard Bellis leading the team.

Composers will also learn about the business of film music from “A-list” Hollywood studio executives, agents, attorneys and music supervisors. 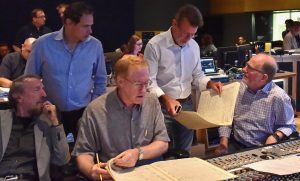 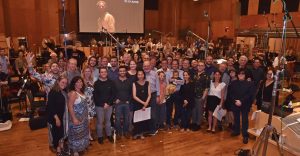 There is no fee or charge to participate in the workshop, and you don’t have to be a member of ASCAP; however, chosen participants will be responsible for their own transportation, housing, and all other living expenses while in Los Angeles.

The official dates, as well as the list of composers admitted in the workshop will be announced later. For the moment, more information and registration forms can be found on the official ASCAP website: 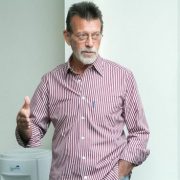 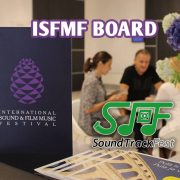 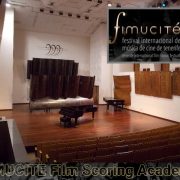 Film music and Fernando Velázquez in the 21st edition of the Malaga Festiv...