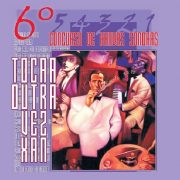 Tomorrow, Thursday, April 6th, at 5:30 p.m., the 6th edition of the Soundtrack Competition “Tocaa Outra Vez Xan” will be held at the Ferrol Auditorium (A Coruña – Spain) (named in honor of the famous phrase of Humphrey Bogart in Casablanca “Play it again, Sam”). 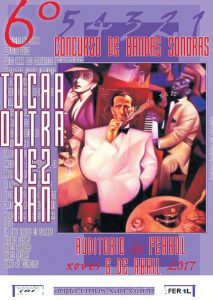 The competition is organized by the CMUS (Professional Conservatory of Music Xan Viaño of Ferrol) and ANPA (parents association), and will have mainly school pupils as participant, in soloists and group format, who will interpret a theme of a soundtrack for the contest.

The event is free attendance, till capacity of the auditorium is reached.