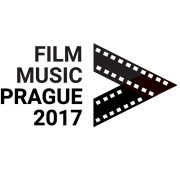 Next April, specifically on Friday 21st and Saturday 22nd, a small and humble film music festival will be held in Europe, that has been making its way for several years; Film Music Prague 2017, that as the name indicates, takes place in Prague capital of the Czech Republic.

Scottish composer Craig Armstrong will be the main guest of the festival, in addition to Japanese conductor Chuhei Iwasaki. As a curiosity, indicate that as the official website states, guests participation is an act of goodwill, and attendance can’t be guaranteed (a curious, but honest statement).

Thus, during these two days, two thematic concerts will be held, being the first one on Friday 21st of April 2017 at 8 pm under the name “A Story of Love“, and that will take place in the Zofin Palace of Prague, by the Prague Sinfonietta and choir, under the baton of Miriam Nemcova. 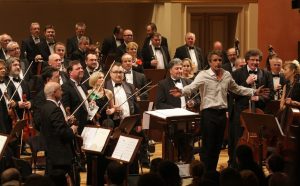 This special gala night will include music from popular love stories, will feature the presence of Craig Armstrong, and will have the next tentative program:

Far from the Madding Crowd – The Opening

Perfume: The Story of a Murderer – Suite

[Others to be determined]

On Saturday 22nd of April 2017 at 8 pm, a concert named “Alien Symphony” will take place in the Forum Karlin of Prague, by the Filmova filharmonie and choir, under the baton of Chuhei Iwasaki. 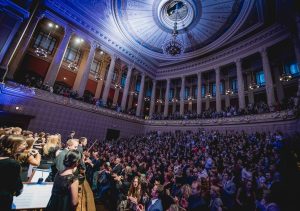 This concert will present a multimedia show that will include music from all the Alien films, where for the first time music from Prometheus of Harry Gregson-Williams will be played live, and that will have with the following tentative program: 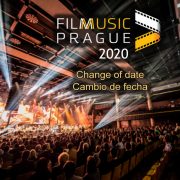 ‘Zimmer vs Williams’ concert in London
Scroll to top