The Matrix live in Concert in Strasbourg conducted by Don Davis 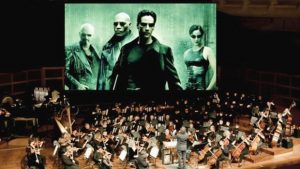 The Orchestre Philharmonique de Strasbourg (OPS) will perform the music live to the film ‘The Matrix (1999)’, under the baton of its composer, Don Davis, next Saturday 26th of May in Strasbourg (France), in a concert called ‘The Matrix Live – Film in Concert’.

The soundtrack, which has been adapted for the live production by the European Filmphilharmonic Institute, contains the film’s dialogues and sound effects, its source music and those musical sound effects that are part of the orchestral score.