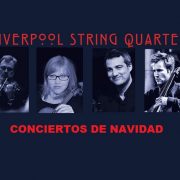 The Liverpool String Quartet (LSQ) will give two Christmas concerts on 6 and 7 January 2017 in the province of Tarragona (Catalonia – Spain), in the cities of Maspujols and Castellvell del Camp respectively, with the presence of composer Howard Blake. 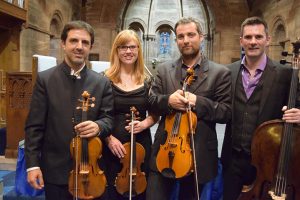 In addition, British composer Howard Blake will attend the concerts, who was nominated to the Oscars for his music for the short animation film The Snowman (1982), 26 minutes long, that will be interpreted in both functions.

The planned program will contain classical music, film music and Christmas music, and will last approximately 2 hours (intermission included), with the following pieces:

Howard Blake – A Month in the Country

The information of both concerts is as follows:

These concerts are produced by Ars Aurea Sonora in collaboration with the Town Hall of Castellvell del Camp and Liverpool String Quartet.