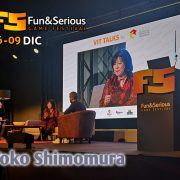 The Japanese composer Yoko Shimomura, one of the main guests of the 9th edition of the Fun & Serious Game Festival, which is being held from December 6-9, 2019 at the Bilbao Exhibition Center – BEC in Bilbao (Spain), has offered today, Sunday 8th, a conference from 12:30h to 13:00h, within the Vit Talks section (read news). 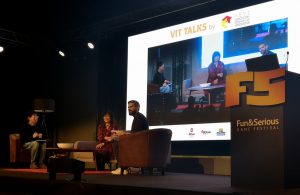 Known worldwide for being the music composer of the Kingdom Hearts video game saga, Yoko Shimomura began working at Capcom as soon as she graduated as a pianist from the Osaka Conservatory in 1988, mainly with arrangements of the soundtracks for Final Fight and Street Fighter II. Throughout her 30-year career, you can find well-known titles such as Live a Live, SuperMario RPG, Parasite Eve, Legend of Mana, or Final Fantasy XV.

Today’s talk at the Fun & Serious Game Festival has been held in a room dedicated to the conferences of the festival, which was full (more than 400 people) and which had a Japanese translator in addition to the host of the event, since Shimomura does not speak English. 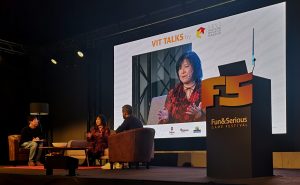 For half an hour, the composer, kind and close, has talked about her origins, about how it was to work with the music of legendary games like Street Fighter II, her experience in Kingdom Hearts, about how she has no predilection for any particular genre and is carried away by the universe of the video game or the work that she’s been assigned, or how she considers the action with battles genre, the most difficult to compose to.

Regarding her beginnings, she has commented that being a Gamer and a big fan of Super Mario Bros, she was already fond of video game music when she studied two years of piano, so when she found a job offer at Capcom, she did not hesitate and applied, being lucky to be chosen. Finally, she has commented on how she no longer works for any specific company and is a freelance, being very focused in the Japanese market, and composing from the studio she has at home. 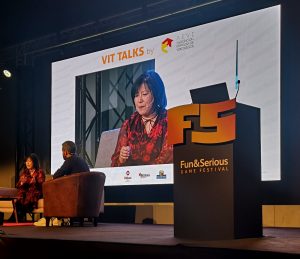 At the end of the conference, there has been time for some Q&A (5 questions more or less), and there has been no option for a signing session, due to her tight schedule.

Among the questions asked from the audience, we would like to highlight one about the advice she would give to young composers who are starting, or who want to start working with video games. Shimomura has responded that it is very important to have your own style and take care of it, that is, to have a distinctive characteristic of your own, and take care of it so that it makes your music different, and thus be able to be noticed. 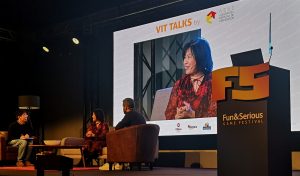 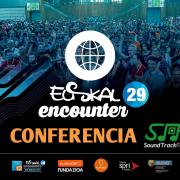 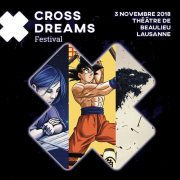 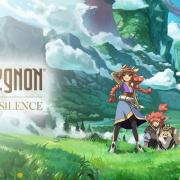 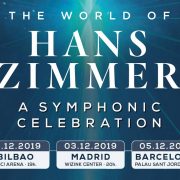 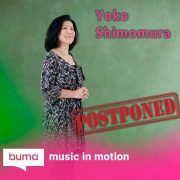 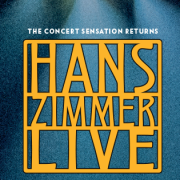