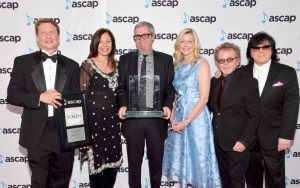 Last night the ASCAP Screen Music Awards were celebrated in Los Angeles, honoring John Powell with the Henry Mancini Award for his entire career. John Powell is today, May 24th, protagonist for the premiere of the movie ‘Solo: A Star Wars Story’, for which he has composed music together with maestro John Williams. 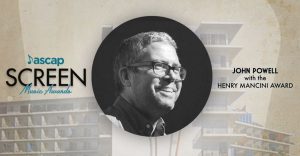 During the ceremony, composer Germaine Franco was presented with the Shirley Walker Award, which honors those whose achievements have contributed to the diversity of film and television music. Composer Mark Snow won two awards for his work on the TV series ‘Elementary’ & ‘Blue Bloods’. 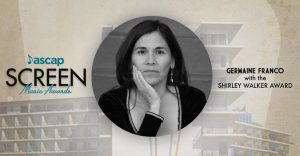 The ASCAP Composers’ Choice Award winners, determined by the ASCAP composer community were TV Composer of the Year – Dave Porter (Better Call Saul, The Blacklist, Preacher), Jonny Greenwood and Hans Zimmer tied for Film Score of the Year for Phantom Thread and Dunkirk respectively; and Gordy Haab was presented with the Video Game Score of the Year award for Star Wars Battlefront II.

The whole list of winners can be found at the following link: