Ediciones Rosetta SL publishes next June 15 a book named “John Barry – From James Bond to the Eternity” (“John Barry – De James Bond a la Eternidad” IN SPANISH), that will be dedicated to the figure of the British composer winner of several Oscar for his works in Memories of Africa, Dancing with Wolves or Born Free among others.

The book will feature a prologue by conductor and composer Nic Raine, who worked with John Barry on several occasions, as well as having multiple in-depth contributions from people related to the film music world.

Throughout 220 pages divided into 18 chapters, its authors, Luis Saavedra (deceased in 2002) and Sergio Hardasmal (promoter of the project), will tell us chronologically all the details about the life and work of the composer.

Link to buy the book (IN SPANISH): http://www.edicionesrosetta.es/tienda/johnn-barry-de-james-bond-a-la-eternidad/ 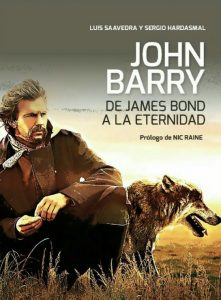 Cinefan Festival Ubeda – Program of the 5th edition and concerts