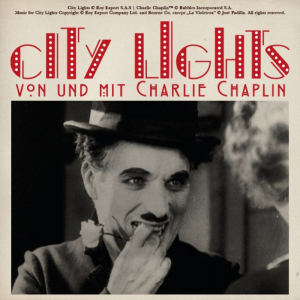 Today, Sunday, October 23rd, the silent film masterpiece «City Lights» will be shown on the big screen at the KKL Luzern, while the 50-piece City Light Symphony Orchestra conducted by Anthony Gabriele plays the score composed by Chaplin himself.

Sir Charles Chaplin is one of the most important comedians of the 20th century. His most famous role is “The Tramp” and in «City Lights» he embarks on adventurous, touching, and hilarious rambles through urban scenes of the 1930s. With «City Lights» in 1931, Charlie Chaplin created an acclaimed silent film masterpiece for the ages.