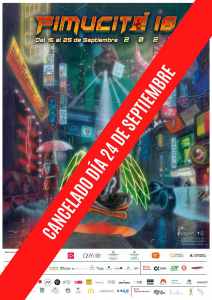 Due to the maximum alert situation declared by the General Directorate of Security and Emergencies of the Government of the Canary Islands, due to the weather situation, the organization of the International Film Music Festival of Tenerife (FIMUCITÉ) is forced to definitively cancel the concert ‘Cyberpunk Remastered II: El Alma De La Máquina’, which was to take place on September 24 at the Auditorio de Tenerife.

Concert ‘Under the Acropolis’ in Athens with the presence of Shigeru Um...
Scroll to top