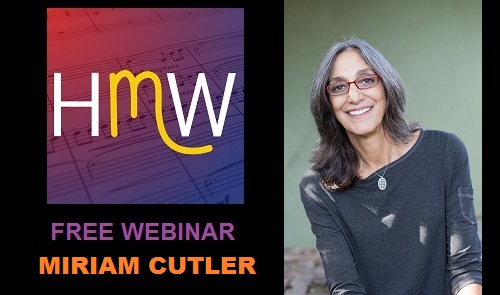 Composer Miriam Cutler will give a webinar where she’ll share her advice and talk about how she got into the entertainment industry, what it takes to be a successful composer, what the essence of composing for film is, and how to communicate and find a common language with film makers.

During this webinar Miriam will share her passion and insights and give a preview of her class from July 15 – 17 at the “Hollywood Music Workshop Film Scoring Academy” in Austria.

Emmy nominated composer, Miriam Cutler has scored over 100 projects in film and television including Oscar-nominated documentaries and award winning indie films. She is a member of The Academy of Motion Pictures, a founding member of The Alliance for Women Film Composers and mentor at Sundance Institute.

The video of the free webinar that was offered last June 3 by composer Miriam Cutler, organized by Hollywood Music Workshop, is now available on Youtube.

Lorne Balfe will conduct his music for the movie Churchill live, on a special...
Scroll to top