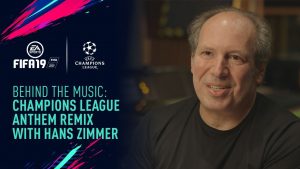 Now that the World Cup of Football is being played, here comes a news that fans of football will like; Hans Zimmer has been responsible for the remix version of the UEFA Champions League anthem, to be used in the video game FIFA 19, which will be released on September 28, 2018, and which is now available for pre-order.

The project had the participation of the Spanish composer and arranger Oscar Senen who did the orchestrations. 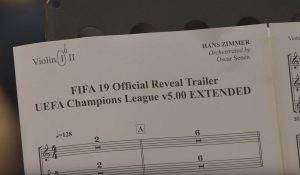 Below is the promotional video of how music was created and recorded at AIR Studios in London:

Full article with behind the scenes info:

A Musical Tribute to Robert Mitchum by the Bremer Philharmoniker with Frank...
Scroll to top