James Netwon Howard Tour in Europe in 2017 – Some concerts cancelled 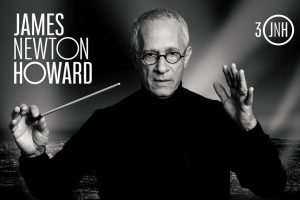 A few days ago it has been officially announced that several concerts of the Tour that James Newton Howard is going to offer in Europe late 2017, had to be canceled, apparently due to agenda conflicts.

As the official press release says: “To his great dismay, James has had to cancel a few shows on his tour due to conflicting schedules. The shows in question are Oslo, Stockholm, Malmö, Zürich and Geneva. All ticket buyers have been notified by email, and have received instructions to receive a full refund.”

Romain Paillot wins the Jerry Goldsmith Award 2017 in the Advertising &...
Scroll to top