Jean-Michel Bernard in concert at the Mostra de València 2021 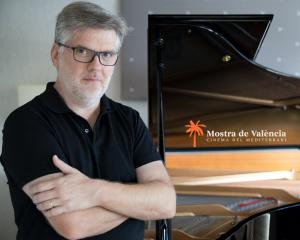 The 36th edition of Mostra de València-Cinema del Mediterrani, to be held from October 15 to 24 in Valencia, Spain, will be attended by the prestigious French pianist and composer Jean-Michel Bernard, who will give a concert on October 17, accompanied by Japanese singer Kimiko Ono.

The concert, to be held at the l’Almodí venue, will review his own compositions and material by other giants of film music, such as Lalo Schifrin. Among the most important soundtracks of Jean-Michel Bernard are his collaborations with director Michel Gondry in ‘The Science of Sleep’, ‘Be Kind Rewind’ or ‘Human Nature’, as well as his participation in ‘Hugo’, by Martin Scorsese.

Bernard will also give a master class on film music composition and will be part of the festival’s international jury.

More information on the concert and the masterclass, as well as links to ticket sales, soon.

Concerts ‘Music from the Movies’ at the Manchester Cathedral & Alexandra...
Scroll to top