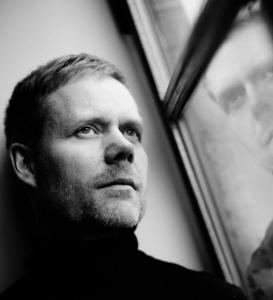 Tomorrow, Saturday, March 12, Max Richter & the Max Richter Ensemble will give the only British performance this year of his acclaimed new work VOICES and his classic piece INFRA.

VOICES is a major work created by Max Richter and his artistic partner Yulia Mahr featuring text adapted from the Universal Declaration of Human Rights. At the heart of VOICES is a profound sense of global community, born out of Richter’s career-long view of music as activism and his desire to unite audiences worldwide. Described by Richter as ‘a place to think’, VOICES was a response to our tempestuous political climate and the enduring need for compassion. VOICES opens with a 1949 recording of Eleanor Roosevelt reading the Declaration and includes excerpts read by a global community of 70 voices.

Max Richter is best known for his genre-defining solo albums including The Blue Notebooks, Memoryhouse and INFRA. 10 years ago, he was invited by Deutsche Grammophon to rewrite Vivaldi’s Four Seasons as Recomposed, winning him the prestigious ECHO Klassik Award and an established place in the classical charts.  Other landmark works include Sleep, an eight-hour album described by the composer as ‘a personal lullaby for a frenetic world – a manifesto for a slower pace of existence’, which was the subject of a BBC Four documentary in 2020. Richter has created over 50 film and television scores and his music featured in Martin Scorsese’s Shutter Island and the Oscar-winning film Arrival by Denis Villeneuve.