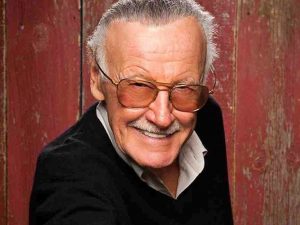 Today we have to talk about a special person. A creator of worlds, illusions, and stories: Stanley Martin Lieber, better known as Stan Lee, who passed away at the age of 95 this Monday in Los Angeles (California, USA).

Normally in SoundTrackFest we talk about composers, conductors, sound engineers, and all kinds of people related to film, TV and video games music, but Stan Lee, writer, scriptwriter, and comic editor, has been responsible for inspiring dozens of composers, who have scored the worlds that he created.

Names such as Alan Silvestri, Michael Giacchino, Christopher Young, Danny Elfman, Brian Tyler, Patrick Doyle, Henry Jackman, John Debney, Ramin Djawadi, John Ottman, Marco Beltrami or Philip Glass have been just some of the many composers who have created music inspired by the stories he wrote for Spider-Man, The Avengers, Hulk, Fantastic Four or X-Men.

And we can say that not only he has inspired composers, but he has also inspired all kinds of creators (directors, painters, writers…), as well as having created role models for millions of people. Those superheroes that many young kids (and even not so young ones) have needed on more than one occasion.

Stan “The Man” Lee has left us, but his work will last forever, inspiring countless future generations. Excelsior!

‘Music in Animation’ panel discussion at the Musicians Institute in West...