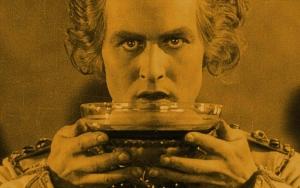 In 1924, Fritz Lang undertook one of his most ambitious film projects: ‘The Nibelungs’, inspired by the epic poem “The song of the Nibelungs” and comprised up of the films ‘The death of Siegfried’ and ‘The revenge of Kriemhild’.

Arriaga Theatre and the Bilbao Orkestra Sinfonikoa offer a special concert in which the BOS, conducted by Nacho de Paz, performs the music from the first of the two films in this project, ‘The death of Siegfried’ (in the original “Siegfried Tod”), while the film is projected on a giant screen.

Considered a masterpiece of German silent films, its soundtrack was composed by Gottfried Huppertz.