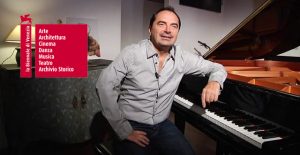 The Venice International Film Festival (Italy), which runs from August 30th to September 9th, will honor the Italian composer Andrea Guerra with the Soundtrack Stars Award for his career. This award, which is already in its 5th edition, wants to recognize the role of music in the world of cinema.

Andrea Guerra has composed the soundtrack of more than 100 films and television series and will receive the Soundtrack Stars Award this Friday, September 8th, in the Tropicana Room of the Excelsior Hotel in Venice, the venue chosen by the festival for many other events.