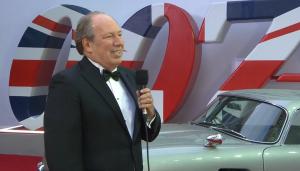 Yesterday, Hans Zimmer was present at the world premiere of the latest James Bond movie ‘NO TIME TO DIE’ at the Royal Albert Hall in London (one of 57 screenings that took place across the globe).

In the following video with the red carpet coverage, you can watch Hans Zimmer talking about the score, the song that won the Grammy, and honoring John Barry’s legacy.

The red carpet also had the attendance of the cast including Daniel Craig, Rami Malek, Léa Seydoux, Lashana Lynch, Ben Whishaw, and Naomie Harris, alongside director Cary Joji Fukunaga and Billie Eilish. Their Royal Highnesses The Prince of Wales and The Duchess of Cornwall and Their Royal Highnesses The Duke and Duchess of Cambridge were also attending alongside healthcare workers and members of the armed forces.