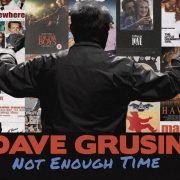 This summer, a feature-length documentary film called ‘Dave Grusin: Not Enough Time’ will be premiered, centered on the life and extraordinary career of composer, pianist, arranger, and producer Dave Grusin, who will turn 84-years on June 2018.

Dave Grusin has been nominated for thirty-eight Grammy Awards, eight Academy Awards and four Golden Globes Awards during his long and productive career, along with many other achievements, winning 10 Grammys and 1 Academy Award. 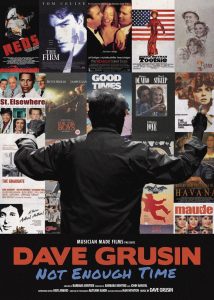 Dave Grusin grew up as the son of a Latvian immigrant in rural Colorado and spent his early years training to be a cowboy.  However, his father strongly encouraged him to seriously study music…and so he did! The rest is history!

The documentary, directed by Barbara Bentree and produced by John Rangel will include interviews with many friends and collaborators such as Quincy Jones, Lee Ritenour, Marcus Miller, Nathan Barr and Michael Keaton, besides Dave Grusin himself, who is strongly involved in the development of the documentary.

Barbara Bentree has been a Storyteller for years, producing her own films for network television and writing original stage plays, books, and screenplays. Co-producer John Rangel has played the piano onstage with Dave Grusin in concert and has also worked in music production for television and movies. Their signature approach is described as “musicians making films about musicians”.

The documentary will feature music from Dave Grusin’s career and movies, including some unpublished pieces or not very well-known themes from his archives.