Next week begins the 26th edition of the Music Week – Dionisio Aguado (named after the classical Spanish composer and guitarist) in Fuenlabrada (Madrid), which this year will be centered around film music and will be held from Monday 13th to Friday 17th.

Thus, throughout the week, you can enjoy the following FREE events related to film music:

Jorge Gil Zulueta, will show us the use of the piano, which was present in the cinema from the first screenings of silent film, where its main function was to accompany the silent images as a complement of softening and understanding through various effects, or play the pianistic style or the chosen repertoire. Thus, with this concert, we will remember the figure of the pianist in the projection rooms of the incipient silent film, making a visual musical journey.

Concert in charge of the three of the Groupings from the Municipal School of Music of Fuenlabrada (Tarrega Guitar, Flutes and clarinets, Saxophones), which are composed of students of the School of Music, and that have developed a special program of Film Music following the theme of this week.

The Leganes Big Band will offer a music concert with some of the best themes from film and television, playing swing, latin-jazz, rock, with a repertoire of original compositions, big band adaptations and main themes.

In a special children’s session designed for the young ones, in this concert the group Funky Topo Trio will accompany with live music two children’s animated films of the 20’s. It is a very participative concert in which both the children and their parents will have the opportunity to work together the magic of the soundtrack with the musicians.

Conference in the form of a concert with Pilar Jurado, singer of the first national level, in which the audience will be able to approach some of the many arias that have played an essential role in the action of outstanding films, and which are also an interesting example of the use of music as a narrative resource in the cinema.

The concerts will be held at Centro Cultural Tomás y Valiente and will be free entry until full capacity, previous withdrawal of a ticket at the box office same day of the show, from an hour before its beginning.

Tuesday 14th of February from 5 pm to 6:30 pm – Masterclass: Piano in silent movies

The pianist Jorge Gil Zulueta, will present this workshop as a piano recital lecture, accompanied by images, audios and videos of both historical, social and musical content, and introducing live piano repertoire of themes according to each moment.

Thursday 16th of February from 7:15 pm to 9:45 pm – Conference: Introduction to the treatment of sound and music in cinema

Eduardo Armenteros, will conduct this conference, aimed to show the public the use of music in the cinema. For this, he will analyze characteristic passages of several films that have music from prominent film music composers.

The workshops will be held at Dionisio Aguado Music School and to register you must send an email to: emm@ayto-fuenlabrada.es

More information about this film music week in: http://www.ayto-fuenlabrada.es/index.do?MP=2&MS=15&MN=2&TR=C&IDR=187 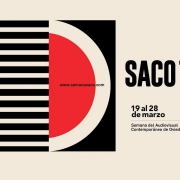