SoundTrack_Cologne festival, that will celebrate this year its 16th edition from August 28th to 31st, 2019 in Cologne (Germany), has announced that Klaus Doldinger will be the recipient of this year’s Lifetime Achievement Award.

Klaus Doldinger is not only the composer of Germany’s most famous main title theme music for the cult series ‘Tatort’, but he has also become an international star of the film music scene with global successes writing music for ‘Das Boot’ and ‘The NeverEnding Story’.

Born in Berlin on 12 May 1936 during the interwar period, Doldinger grew up in Vienna during the Second World War. When his family moved from Vienna to Düsseldorf, he heard an American jazz band playing for the first time at a stopover in Bavaria. Since the 1960s Doldinger himself has been regarded as one of the most important and enduring icons of jazz and was awarded the honorary citizenship of New Orleans on his first US tour at the age of 24. His long career has earned the saxophonist numerous awards, such as the Grimme Award, the Bavarian Television Award, or the Golden Camera.

On Friday, August 24th, during the “Film Day” of SoundTrack_Cologne, Klaus Doldinger will be talking about his body of work and his latest projects with Dr. Rolf Moser from Bavaria Media, and then he will be available for questions from the audience. 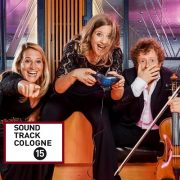 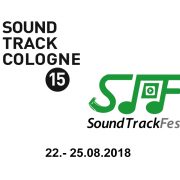 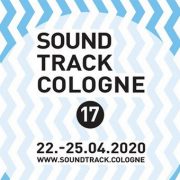 11 film music events during the 14th edition of ‘Cinéma urbain’ in Mon...