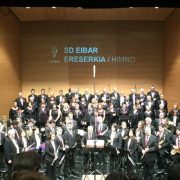 In a few days, specifically on April 23rd and 24th, it is 80 years since in 1937 several German and Italian aviation squads destroyed the city of Eibar (in the north of Spain), in what was a prelude to the famous and tragic bombardment of Gernika that happened on April 26th.

In order to remember this fateful date, the City of Eibar and various cultural associations have organized a week full of events, which under the name “Eibar 1937. 80 Years”, culminates with a concert of war movies soundtracks performed the Band of Music of Eibar (CIELITO) on Sunday, April 30th – 12:30 pm at the Teatro Coliseo of Eibar, with free entrance. 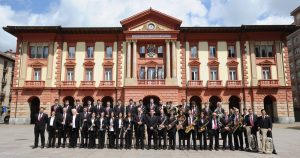 More information in the next link:

‘Distant Worlds’ concert at the Heroes Manga fair in Madrid