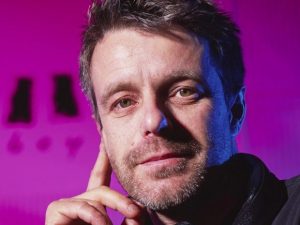 BMI (Broadcast Music, Inc.) will honor composer Harry Gregson-Williams as a BMI Icon at the 2018 BMI London Awards, in a private event to be held at the Dorchester Hotel (London, UK) on October 1st, 2018, hosted by BMI President and CEO Mike O’Neill, which will celebrate the best songwriters, composers and publishers of the previous year.

Harry Gregson-Williams who is one of Hollywood’s most sought-after and prolific composers, has also been presented with 22 BMI film and television awards over the years, and received the Richard Kirk Award at the 2006 BMI Film & Television Awards for his outstanding career. His achievements include films as diverse as Shrek, Man on Fire, Kingdom of Heaven, Spy Game, Chicken Run, The Martian and The Chronicles of Narnia: The Lion, The Witch and the Wardrobe among others.

VIDEO – Beth Krakower – A Score for Her Life
Scroll to top