VIDEO: BFI At Home – Back to the Future: From Screen to Stage – Alan Silvestri, Glen Ballard, Bob Gale 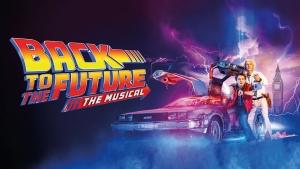 The British Film Institute – BFI organized yesterday an online video chat to celebrate the transformation of the cult movie ‘Back to the Future’ into a stage show, with the participation of Bob Gale, the creator of the original film, along with other special guests including multi-award winning composer Alan Silverstri and music legend Glen Ballard.

‘Back to the Future’ was 1985’s highest-grossing film worldwide and now 36 years later has become a hi-tech stage musical. The creative team behind the film have joined forces with some of the most successful names in theatre to produce the new show and BFI talked to them and cast members from the show, to learn about how they made the story relevant to a new audience.

Here you can read more about the show, that will premiere in London on August 20, 2021: