Musimagen (Asociación de Compositores de Música para Audiovisual – Association of Music Composers for the Audiovisual) in collaboration with the Tenerife International Film Music Festival (FIMUCITÉ) and SGAE Foundation, have presented the winners of the 4th edition of the Spanish Audiovisual Music Awards.

Musimagen‘s associates, around 150 industry professionals, were called to vote for their favorite works of 2020. According to the rules of the Spanish Audiovisual Music Awards, founded in 2018 to recognize the work of creators in the country, authors cannot vote for themselves.

The awards ceremony will take place on Friday, September 24 at the Tenerife Auditorium during the 15th edition of Fimucité, at the beginning of the concert “Once upon a time Ennio Morricone: A tribute to his film music”, and will include the performance of the winning scores by the Tenerife Symphony Orchestra conducted by Diego Navarro. 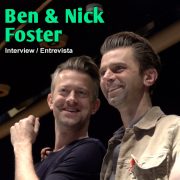 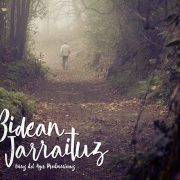 World premiere of ‘Ennio – The Maestro’ at the 78th Venice International...
Scroll to top