The closing gala of the International Film Music Festival of Tenerife (FIMUCITÉ), which will be held on Saturday 30th of September and that has Stephen King’s movies music as main theme, with the name “Stephen King’s Night Gallery”, will dedicate a part of the concert to homage composer Daniel Licht who recently passed away (read news). 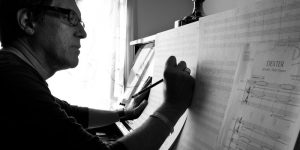 This tribute has been made possible thanks to Daniel Licht’s family, the composer and orchestrator Pete Anthony, and the professionals who have been responsible for managing Daniel’s professional career, his agent Seth Kaplan and his publicist Jana Davidoff.

The composer’s widow, Hilary Licht, will collect the FIMUCITÉ – Antón García Abril Award bestowed to the late composer in recognition of his professional achievements and work as composer on the videogames belonging to the ‘Dishonored’ and ‘Silent Hill’ franchises. 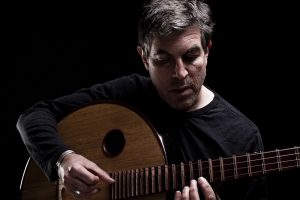 The gala, that will be held on Saturday 30th of September – 7:00 p.m. at the Auditorio de Tenerife “Adán Martín”, will be performed by the Tenerife Symphony Orchestra under the baton of festival’s director Diego Navarro and the Choir of White Voices from the Conservatory of Santa Cruz de Tenerife with Juan Ramón Vinagre as choir master.

The full program of the concert can be found at the following link:

More information about this homage: