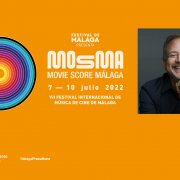 The 7th edition of the Movie Score Malaga – MOSMA festival, to be held in less than one month, from Thursday 7 to Sunday 10 July 2022, has just announced its detailed program and a new special guest: Marc Shaiman. 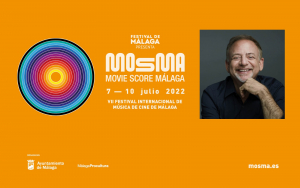 Here is the official press release, where you can see the concerts and meetings that will be included in the festival:

[TRANSLATED FROM THE OFFICIAL SPANISH TEXT]

Marc Shaiman joins MOSMA 2022, which brings the best live soundtracks from July 7 to 10.

The seventh edition of Movie Score Málaga (MOSMA), international festival of audiovisual music organized by the City Council of Málaga through Málaga Procultura (Festival de Málaga), will take place from July 7 to 10 in an edition in which in addition to concerts we will enjoy again meetings and round tables with great composers.

MOSMA 2022 will celebrate four concerts dedicated to the music of the audiovisual, whose tickets go on sale this afternoon (18.00 hours) at the box office of the Teatro Cervantes and online through Uniticket (www.unientradas.es). The manager of Málaga Procultura, Juan Antonio Vigar, and the artistic coordinator of MOSMA, David Doncel, presented the program today at the Teatro Cervantes.

Although these concerts are scheduled from Thursday 7 to Sunday 10, MOSMA will have an appetizer on Wednesday 6 with the screening of the documentary by Giuseppe Tornatore Ennio, the maestro at the Albéniz Cinema (7.30 pm). An essential film by the collaborator of one of the greatest composers of all times, Ennio Morricone, author of the soundtrack of more than 500 films and TV series.

Live music will begin to play at MOSMA on Thursday, July 7 at the Sala Unicaja de Conciertos María Cristina (7.30 pm, single ticket price 15 euros) with a concert that promises to be a delight and in which we can enjoy the music of Marc Shaiman, great maestro of film and musical music, performed by himself at the piano. A first intimate evening in which we will hear great hits, including hits from Hairspray, When Harry Met Sally, Something to Remember, and SMASH, among others.

On Friday 8 we will start the day in the Rossini Hall of the Cervantes Theater (11.00 am, free access until full capacity is reached), where we will gather at a round table to pay tribute to Vangelis, one of the greatest and most revolutionary film music composers, who left us on May 19. He was responsible for great cult soundtracks such as Blade Runner (1982), 1492: The Conquest of Paradise (1992) or Chariots of Fire (1981), for which he received an Oscar from the Hollywood Academy.

After this round table, also in the Rossini Hall (12.30 p.m.), the meetings with composers will be back, a hallmark of MOSMA that returns once the restrictions due to the coronavirus pandemic have been overcome. In them, we will make an interesting, entertaining and relaxed journey through the life, career and personality of our guests, ending with a record signing focused on soundtrack collectors. This first encounter will be with Harold Faltermeyer.

In the evening (20.00 h), we will have the first of the great concerts at the Teatro Cervantes: Symphonic Cobra Kai. Cobra Kai is one of the most-watched series and one of the most overwhelming successes of current television. It has improved an already wonderful saga: the Karate Kid, and has managed that different generations follow together the adventures of Johnny Lawrence and Daniel LaRusso. Its composers Zach Robinson and Leo Birenberg return to Malaga with the desire for revenge. With the Orquesta Sinfónica de Málaga and the Coro de Cámara de Granada and under the baton of Isabel Rubio, we will have Leo and Zach on guitar and keyboard and the voices of Noelia Franco and Luis Regidor. This concert has a unique price of 20 euros.

We will open the day on Saturday 9 with a session of MOSMA Industry (Rossini Hall, 12.00 h, free admission until full capacity is reached) with the premiere presentation, with its author Sergio Hardasmal, of the only book published in the world focused on the work of Marc Shaiman. After that, at 12.30 pm, we will have the meeting with Shaiman.

At 20.00 h we will return to the Cervantes Theater for the concert dedicated to Harold Faltermeyer (20 euros unique price). There is no person who does not know the catchy tune that this composer created for Beverly Hills Cop and is also the creator of great successes of the eighties as the soundtracks of Tango and Cash, Running Man, Fletch or the legendary Top Gun, participating also on its recent sequel. This is the first concert in the world focused on his work. For the occasion, the Ferrando brothers have worked on a detailed tour of his great pieces, including his most outstanding songs. It will be performed by the Movie Score Málaga Assemblé Orchestra conducted by Joan Martorell, with the special participation of Leo Birenberg, Zach Robinson, Luc Suarez, and the Ferrando brothers, and the voices of Noelia Franco and Luis Regidor.

On Sunday 10, we will chat in our encounters with Leo Birenberg and Zach Robinson (12.30, Rossini Hall, free admission until full capacity is reached).

At 8.00 pm, the concert MOSMA Maestros will be the grand closing of this edition at the Teatro Cervantes in an evening dedicated to the music of Marc Shaiman, who will receive the MOSMA Maestro 2022 Award. Tickets for this concert will have a single price of 20 euros.

The Orquesta Sinfónica de Málaga conducted by Arturo Díez Boscovich, the Coro Gospel It and The MOSMA Broadway Band will perform songs and impressive orchestral themes from his best-known and most beloved soundtracks and musicals: The President and Miss Wade, Misery, The Adams Family, Patch Adams, Sister Act, Hairspray or The Return of Mary Poppins among other great hits of the master. For the first time ever, a concert focusing on the prolific work of Marc Shaiman.

For the purchase of all concerts, a 15% discount will be applied to the price of the tickets.

It should be noted that, as it has been confirmed during the press conference, and due to scheduling/work changes, the festival will not have the presence of the composer David Arnold, who was announced as honorary president of the festival (read more). 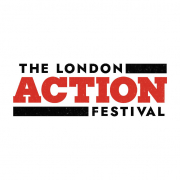 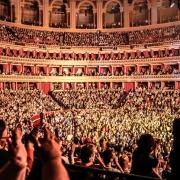 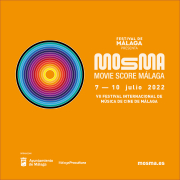 MOSMA 2022 – Full program of the festival 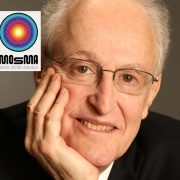