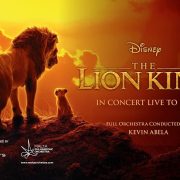 UPDATE (6/12/19): We have received additional information indicating that the world premiere of ‘The Lion King in Concert’ was in Japan in August 2019 under the baton of Nicholas Buc (read more, more information), being this concert its European premiere.

The Malta Philharmonic Orchestra conducted by Kevin Abela, will perform this weekend the European premiere of Hans Zimmer’s soundtrack for the 2019 remake of the movie ‘The Lion King’ in a live to picture concert at the MFCC – Malta Fairs and Conventions Centre in Malta.

The event, entitled ‘The Lion King in Concert – Live-to-Film’, will screen Jon Favreau’s photorealistic computer-animated remake, while the orchestra performs synchronized its soundtrack live. The film features the voices of Donald Glover, Beyoncé and James Earl Jones, with songs written by Elton John and lyrics by Tim Rice. The concert will last 2 hours having a 20 minute intermission. 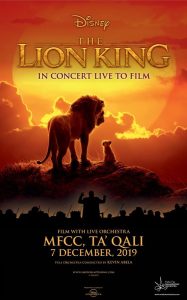