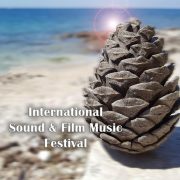 In this news you have all the information about the guests, the program of activities and concerts, as well as the list of nominees for the ‘Best Film Scores Awards’ announced this week, where the ‘Crystal Pine’ trophies are given.

In the list of guests / lecturers who will take part in this year’s masterclasses and panels we first have Richard King, a well-known sound designer who has worked in more than 70 films and won three Academy Awards.

Richard Bellis specialized in the educational field of film music, appears in the program as a lecturer, but will not be physically at the festival, and his educational videos will be projected for the masterclasses instead.

PROGRAM OF ACTIVITIES AND CONCERT

The program of activities begins today Friday at 8pm with the screening of the documentary “SCORE: A Film Music Documentary”, which this year is becoming a classic in film music festivals, and will offer most of the activities tomorrow Saturday 21st from the 11:00 a.m. until 7:00 p.m. The official information of the scheduled activities can be seen in the following image: 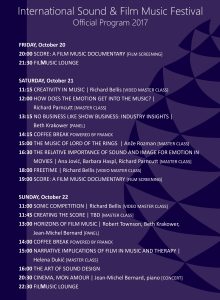 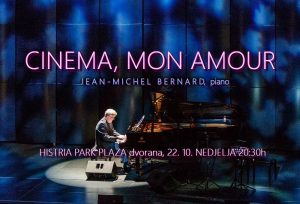 And to finish, let’s go with the list of nominees to the ‘Best Film Scores Awards’ to be presented this weekend during the festival.

Among the nominees are known names of Spanish composers such as Ivan Palomares, Josue Vergara, Ivan Capillas or Joseba Beristain, with a special mention for Ivan Palomares who on this occasion has 3 nominations and Josue Vergara with two. 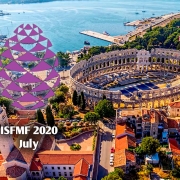 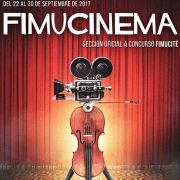 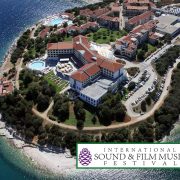 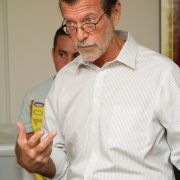 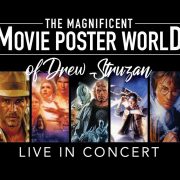 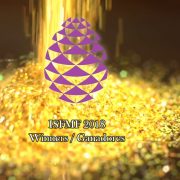