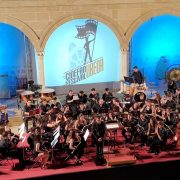 On Friday, July 20th, the opening concert of the 6th edition of the Cinefan Festival Úbeda was held, and Gorka Oteiza was there and tells us about it in this short article for SoundTrackFest.

The Cinefan Festival Úbeda, brings guests from the world of film and television every year to the city of Úbeda (Jaen / Spain), and during a weekend, organizes conferences, meetings, photo/signing sessions, and several concerts of film music for all the audiences, stating that Úbeda has been for a long time a remarkable point when it comes to film music in Spain.

The opening concert, called Cinfean Open Concert, was held on July 20th, 2018 at 10 pm in the courtyard of Hospital de Santiago, a location that brings back so many good memories to the people who lived in a very special way the extinct and endearing International Film Music Festival – City of Úbeda. 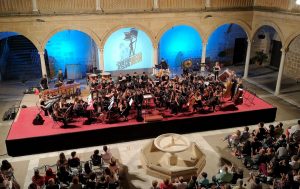 The concert, that lasted almost two hours -intermission and encore included-, was centered on the music of the fantastic genre, with a first part dedicated to the composer Danny Elfman and his collaborations with Tim Burton (Edward Scissorhands, The Nightmare Before Christmas, Batman, The Corpse Bride and BeetleJuice), and a second part devoted to the heroic fantasy genre (The Lord of the Rings – Howard Shore, Willow – James Horner and Conan the Barbarian – Basil Poledouris).

The evening was in charge of the Banda Sinfónica de Jaén (Symphonic Band of Jaén), which had approximately 60 musicians on stage, most of them young musicians, eager to play the soundtracks of some of their favorite films. Conducted by Óscar Musso Buendía, the concert had a strong start with a brief suite from Edward Scissorhands, followed by a longer and nice suite from The Nightmare Before Christmas. 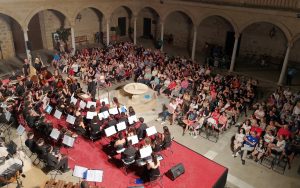 With these first pieces it was possible to verify that the arrangements made for the symphonic band (where there was only a small string section), and that had been prepared mainly by the conductor himself, offered a very faithful version compared with the real one, without sacrificing excessively the nuances of the pieces. This fact was helped by a good performance of the Banda Sinfónica de Jaén (Symphonic Band of Jaén) during the whole concert, better even than what many people at first could expect, due to the youth of its members. 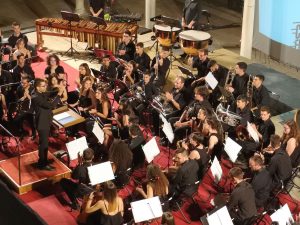 While the two final pieces of the first part, The Corpse Bride and BeetleJuice, were a bit weak compared to the previous ones, the second part started with intensity in a very good suite of The Lord of the Rings, which included a surprise when a person, characterized as Gandalf, appeared in the courtyard of the Hospital de Santiago for the surprise of the public. 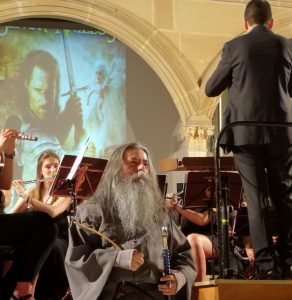 Arriving at the end of the second part, I must highlight the 7-minute suite from Willow (with brief pauses between themes), which had very good arrangements by conductor Oscar Musso along with one of the musicians and also a composer, Vicente Carrasco.

But the climax of the concert came at the end, with several pieces from Conan the Barbarian, a very demanding score, with a complicated performance that did not intimidate the band, which gave all the strength needed, despite having played more than an hour and a half, and where the precise and marked rhythm of the percussion section was a highlight, which at times was accompanied by a brass section that was really inspired. 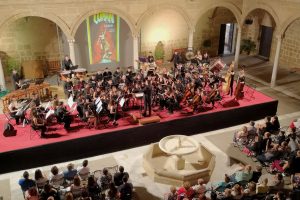 A great applause from the audience, which completely filled the courtyard of the Hospital de Santiago, made the band go for an encore: a fragment of the already performed suite from Willow, closing a good and very enjoyable concert, when we were almost arriving to midnight.

A concert and a festival made by fans and for the fans, with a lot of love and effort, and that came from the heart. That is what could be seen and felt that night in the faces of the people, both those of the public and those of the musicians, who shared the courtyard of the Hospital de Santiago in Úbeda. 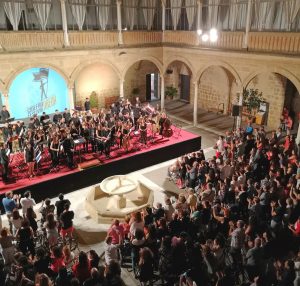 NOTE: More information about the 2018 edition of the festival in the following link (read news). 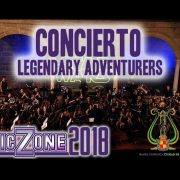 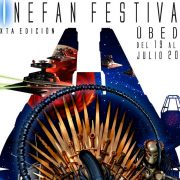 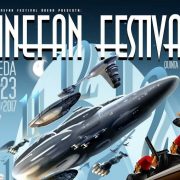 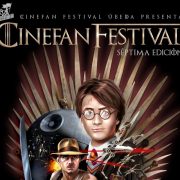 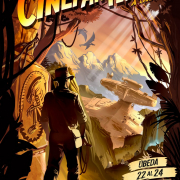 FIMUCITÉ 12 – The Theremin and Lydia Kavina
Scroll to top