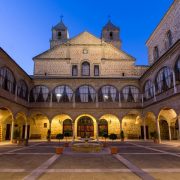 The second edition of the Ubeda Soundtrack Festival, which will be held this year from 19th to 24th of June, was presented last week at a press conference in Ubeda, and will go together with the 29th edition of the “International Music and Dance Festival – City of Ubeda“.

The presentation, which was in charge of the Mayor of Ubeda (Antonia Olivares), the Councilor of Culture of Ubeda (Elena Rodríguez), the Deputy of Culture (Juan Angel Perez) and the director of the “Music and Dance Festival” (Antonio Sanchez Montoya), announced the following events, all to be held at the Hospital de Santiago (Ubeda):

On Monday 19th of June at 10:00 p.m., the festival will open with a thematic concert on choral music in the cinema, with the Polyphonic Choir of the Basilica San Juan de Dios of Granada under the baton of Juan Ignacio Rodriguez Herrera and the Pianist Fernando Polo and actor Tete Cobo. Tickets by invitation until full capacity is reached.

On Tuesday 20th of June at 9:00 p.m., there will be a conference called “90 years of talkies – History of film music”, by Joaquin Lopez Gonzalez (professor and historian of the University of Cordoba). Entrance by invitation until full capacity is reached.

On Tuesday 20th of June at 10:00 p.m., a piano recital will be held by the pianist Juan Pablo Gamarro, who will perform classic and current versions of soundtracks. Tickets by invitation until full capacity is reached.

On Wednesday 21st of June at 10:00 p.m., the vocal octet “Sietemásuno” will make “a capella” tour of genres such as rock, jazz, soul or blues, in a benefit concert for Spanish Red Cross of Jaen. The entrance fee will be € 5.

On Thursady 22nd of June at 10:00 p.m., the Orchestra of Cordoba conducted by Josep Vicent, will perform classic themes of Beethoven and Shostakovich, with texts narrated by the actor Juan Echanove. The entrance fee will be € 25.

On Friday 23rd of June at 10:00 p.m., great themes of the history of film music will be performed by the Muncipal Ubeda Association under the baton of Rafael Martinez Redondo. Tickets by invitation until full capacity is reached.

On Saturday 24th of June at 10:00 p.m., time will come for the closing of the festival, with a monographic concert dedicated to the work of Spanish composer Jose Nieto, winner of 6 Goya awards. The concert will be in charge of the Young Symphony Orchestra of Granada conducted by Gabriel Delgado, and has not yet been revealed if Jose Nieto himself will be there, although it is likely, as he did attend the first edition of the festival last year. The entrance fee will be € 15. 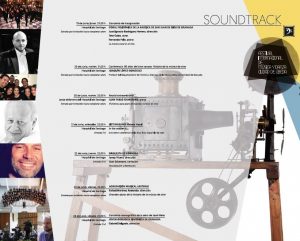 Complete program of the third edition of ‘Ubeda Soundtrack Festival’ 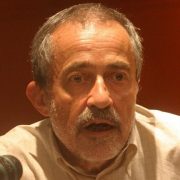