Blog - Latest News
You are here: Home1 / Concerts2 / First ever live tour of Giorgio Moroder: ‘The Celebration of the 80s &... 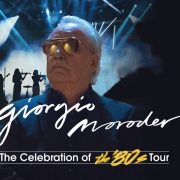 Italian composer, singer, songwriter, DJ and record producer Giorgio Moroder will embark on his first ever live tour in April-August 2019, and he will do it in Europe, giving more than 15 concerts in countries such as UK, Belgium, Germany, Netherlands, Russia, Hungary, Italy, France or Denmark. 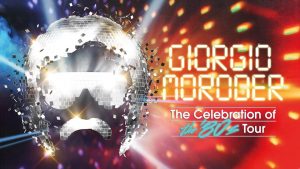 The tour, entitled ‘A Celebration of the 80s’, will include highlights from his prolific career in a spectacular stage show with dazzling visuals and lighting, alongside with his band and vocalists.

As Giorgio Moroder has commented: “It is something I have always wanted to do. Fans kept reaching out to me, asking if I would ever do a real tour. Back in the days it was unthinkable for producers to ever leave their studios. That territory was reserved for the singers. Today, DJ’s and music producers have become the superstars of popular dance music, so the time feels right and I am so excited to be finally doing this!”. 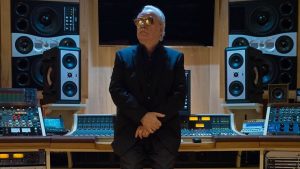 A Celebration of the 80s will be an evening filled with Moroder’s dance hits, both classics and recent. Fans will see Giorgio Moroder play the piano, the vocoder, create electronic effects and sounds, and he will also share personal stories that have never left the walls of his studio before, paying tribute to his longtime muse, Donna Summer.

The tour, organized by GEALive, will start on Monday, 1st of April 2019 in Birmingham (UK) and will end on Friday, 24th of May 2019 in Copenhagen (Denmark) visiting the following cities and venues: 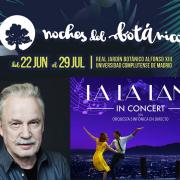