Lalo Schifrin, who has turned 84 years old this summer, will visit France next month of November and will be the main guest of a series of events in his honor.

The first will be on November 8 in Paris, where he will receive the honorary distinction Commandeur de l’ordre des Arts et del Lettres (Commander of Order of Arts and Letters) granted by the Ministry of Culture of the French government, for his significant contribution to the enrichment of the French cultural inheritance. 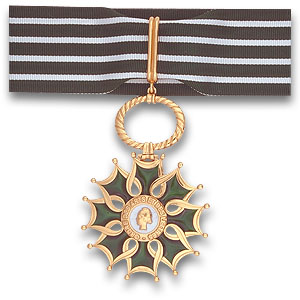 Within this retrospective, on Nov 9th at 7 pm, Lalo Schifrin will be in the library of the Cinémathèque signing the 5 CD chest “The Sound of Lalo Schifrin” edited by Universal Music France, and then at 8 pm, a screening of the film Dirty Harry (1971) will be held, with a previous session of Q&A with the composer, with a special musical surprise. 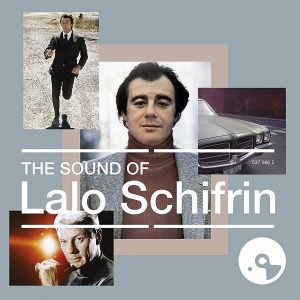 And finally, in the 3rd edition of the Film and Film Music Festival of La Baule (held from November 9th to 13th), a special concert with his music and his presence will be celebrated on Saturday November 12 at 8:30 pm at the Atlantia Congress Palace of La Baule. 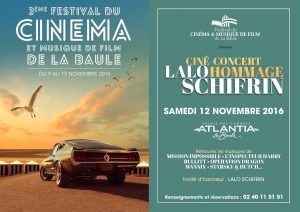 This festival has honored composers like Francis Lai and Michel Legrand in 2014 and 2015 respectively, and this year is the turn of legendary Lalo Schifrin, that being Argentine by birth, lived much of his youth in France while he was studying music composition.

The concert will be conducted by French composer Jean-Michel Bernard and will include the participation of Jean-Michel Bernard himself with the following musicians: Pierre Boussaguet, François Laizeau, Eric Giausserand, Charles Papasoff, Daniel Ciampolini and Kimiko Ono.

The definitive concert program is not known yet, but it will take place right after the awards ceremony of the festival, will last approximately 2 hours, and will feature the following pieces among others: Mission Impossible, Bullitt, Dirty Harry, Mannix, Enter the Dragon and Starsky & Hutch.

With prices between 24€ and 49€, tickets are on sale in the following link:

Interesting month of November ahead for this great composer, and for all those who are lucky enough to be in the vicinity of where these acts will be celebrated.

And while dates arrive, it is worth remembering that SoundTrackFest had the opportunity to interview exclusively Lalo Schifrin recently, in a very interesting talk that can be read in the following link: exclusive interview