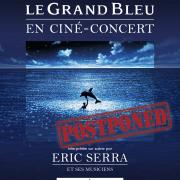 The composer Eric Serra, who together with his musicians was going to start in April 2022 a tour with the film ‘Le Grand Bleu / The Big Blue’ in concert, has been forced to postpone it for health reasons.

A health problem requires immediate treatment and for a few months I have to postpone my Ciné-Concerts du Grand Blue tour. I am deeply sorry because I was really looking forward to see you from the end of April but unfortunately I have no choice. We will meet in September to resume together this wonderful adventure!

Take care while you wait 🙂

The new dates are as follows: 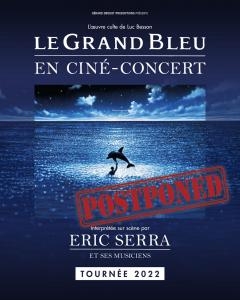 On May 11, 1988, Luc Besson’s ‘Le Grand Bleu / The Big Blue’ was released in theaters, with a soundtrack composed by Eric Serra. To celebrate the film’s 30th anniversary, two exceptional performances took place at La Seine Musicale in 2018 (sold out).

After several postponements due to the pandemic, the tour was set to kick off on April 23, 2022 in Lyon, continuing then through France, Belgium, and Switzerland until May. Now, all the planned concerts have been postponed to September-October 2022 (tickets are valid for the new dates).

In this show, Eric Serra and his musicians invite us to rediscover this essential work of French cinema, which they interpret on stage identically to the projection of the film, for an exceptional immersive experience. 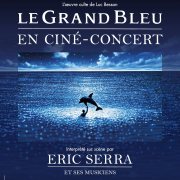 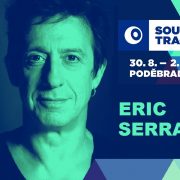 4th edition of the Ciné-Notes festival dedicated to ‘Monsters and Creatu...

3rd edition of the SCL Awards – Winners
Scroll to top