During this year’s World Soundtrack Awards, several industry-related events will be held, to provide an opportunity for music film professionals and students to gather together, exchange, learn and debate.

Here you have all the information about those events:

This year’s edition of the Film Music & Sound Seminar focuses on artistic collaboration between filmmaker, composer, and sound designer, having the privilege to count with two core collaborators of the Coen Brothers: world renowned composer Carter Burwell and sound designer Skip Lievsay.

Moderated by dr. Martine Huvenne, they will discuss their collaboration, the changes, and development during their careers, and their view on the importance and impact of sound and music in film. 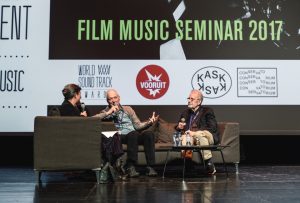 Hosted by composer Vasco Hexel (Royal College of Music in London), the Industry Day will include different masterclasses and panels throughout the day, where guest speakers will discuss ‘hot topics’ within the international film (music) industry. 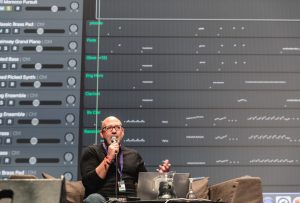 Sound editor Val Kuklowsky, who has worked on over 100 titles such as ‘Independence Day’ and ‘Game of Thrones’, will be the instructor for this masterclass.

Film Fest Gent‘s film program focuses on Hungarian cinema this year, and Kuklowsky will explain the different workflows between the well-structured sound teams in Hollywood, and the less hierarchically organized teams working for European productions. In doing so, the Oscar-winning Hungarian film Son Of Saul will be highlighted as an example of groundbreaking European production in the field of sound design.

This event is SOLD OUT at this moment!! 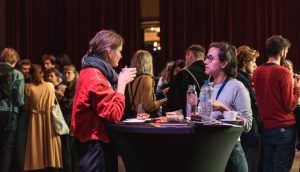 Regarding tickets for the events, these are the options and the link to purchase them:

NOTE: Networking lunch included in all events (except masterclass)