On Tuesday, May 7, and Wednesday, May 8, Maestro Ennio Morricone was in Madrid with the last two concerts he will offer in Spain, during his last tour in Europe, before retiring from the concert circuit.

Here you have a summary of the concert celebrated on Wednesday, May 8, by Rafa Melgar, a regular collaborator in SoundTrackFest.

“If someone messes with me, I mess with him”

This phrase loaded with security or simply with insolence rescued from “The Untouchables” (Brian De Palma) serves as an introduction to answer all those who believed that the maestro at 90 years old wouldn’t be able to continue on tour. The great concert that we lived in the WiZink Center was the best of the answers. I also like to imagine Morricone himself with that mobster aura portrayed by Robert de Niro and saying that same phrase.

Without talking about capacities (very well demonstrated) to face an international tour at 90 years, there is always the doubt of the reasons that led him to enroll on one tour for several months. Once we got off the cloud that the concert left us in, the debate arose during the dinner. Why?

Ennio Morricone has composed more than 500 soundtracks for film and television. Together with director Sergio Leone, they revolutionized the spaghetti western (A fistful of dollars, For a Few Dollars More or The good, the bad and the Ugly). He has worked for geniuses of the seventh art such as De Palma, Malick, Almodóvar, and Tarantino -among others- and that collaboration was recognized with the only Oscar that the composer has obtained in his extensive career for the best soundtrack. Awesome but true. He would get another honorary Oscar years before, but that’s another story. He has a house full of Golden Globes, BAFTA, Grammy, and the Italian film academy awards. Hundreds of concerts and collaborations…

In summary: he has nothing to prove. Will it be that his passion condemns him to keep touring for the simple pleasure of satisfying his followers? Or maybe pending debts with any city/country? Will he need to satisfy his ego with full stadiums of people chanting his name? Or is it for economic reasons? Whether of necessity or of increasing his fortune.

Whatever those reasons may be, I don’t care, if that’s how I got to see the Italian genius live in concert one last time.

On May 8 the maestro gave the last concert in Spain, and it was a big success. From the start of the ticket sales – which sold out in an hour – to the last ovation, everything was a continuous hype. Fleeing chronicles of previous concerts (Bilbao on May 4 [read more] or the WiZink Center in Madrid on May 7) to stay virgin until the day of the concert, I maintained that ability and skill to dodge spoilers like in a Monday with “Game of Thrones” or the weekend of the premiere of “Avengers Endgame”.

A Wizink Center collapsed, but quite organized, having an hour and a half to facilitate the entry of nearly 15,000 impatient people, was the scenario where the maestro would give two concerts in Madrid.

“Give the audience what they want to see” (Thesis, by Alejandro Amenábar)

This is what Professor Castro said in ‘Thesis’, and Morricone was going to make a representative program of his filmography, without entering into whether they are truly the best soundtracks or not.

A succession of warm applause when the Coro Talía choir was entering and the members of the Roma Sinfonietta orchestra came on stage a bit later, and in crescendo, until it was a total ovation when from a little corner of the stage, a light coming from a lantern projected the silhouette of the maestro, until he arrived in the center of the stage to greet the audience correctly (without being very effusive), an audience that burst with emotion.

The show began with “The Untouchables” and the beginning was surprising because until the first chords started, I was not aware that the trip that had just begun, would take me to so many recognizable places in my cinephilia.

The beautiful melody of “The Red Tent” gave way to the music that enriched the magnum opus of the Italian director Bernardo Bertolucci: “Novecento”.

The composer conducted from his chair (this was already known) where he would always be seated, except to greet and thank, or go to rest, which occurred in the 20-minute intermission, or in the encores he offered (up to three times). In the center, he conducted the orchestra with a quiet and delicate hand movement, something to which I was not used to.

I was a voyeur from the 4th floor S8 Row 17. What do I mean with this?, that despite my distance, the WiZink Center was prepared for the event with two big screens on both sides, where you could see in great detail the images that they offered us of the show. Another of the fears I had was dissipated at the beginning, because despite being an amplified symphonic concert, it was really good, in my opinion.

There was a national surprising moment when they played “Tie Me Up! Tie Me Down!” by Pedro Almodóvar. It is ‘vox populi’ that we still don’t know if the director really liked or not that score. But having the piece in the program reaffirms that the Italian composer is ungovernable, and he is the only one who decides.

The harmonica began to play and we had instant goosebumps

For those who still have reasonable doubt whether the sound was live or a ‘digital sample’, Gorka Oteiza (SoundTrackFest) cleared that question by explaining that there was indeed a musician playing live, in the side aisle where the entrances and exits occurred (aspect confirmed visually in the concert by him, in addition to the conversations he had with the members of the choir before the concert). The confusion came because the realization of the event didn’t show the harmonica soloist on screen during his performance.

The soprano Susanna Rigacci burst in with force, completely eclipsing the rest with “Once Upon a Time in the West” and reaching the highest excitement moment of the audience with “L’estasi dell’Oro” belonging to “The good, the bad and the ugly”. There, in that moment of explosion, I allowed myself the luxury of losing the composure a symphonic concert deserves to shout “BRAVO!“, to whistle, and to mistreat my hands applauding strongly. Epic! And without a doubt, it was the best moment to have an intermission while we were in the higher point of excitement.

The second part of the concert opened with the Oscar winner “The hateful eight” (Quentin Tarantino) and it was impossible not to recreate in the imagination that snowy desert, the characteristic typography of Tarantino’s films, and that spectacular sequence approaching to the diligence that tries to get to the town of Red Rock.

There was an extensive block devoted to the social cinema where the Portuguese singer danced in harmony with the choir and the orchestra situated to the left of the maestro. Full of vitality, emotion, and light, the voice of Dulce Pontes accompanied the music of “The End of a Mystery” or “Aboliçao” from the film “Burn!”.

Strong pieces like “Casualties of War” by Brian De Palma, “The Mission” or the compulsory “Cinema Paradiso” where together with its director, Giuseppe Tornatore, Morricone has formed a solid tandem. These pieces were expected, and compulsory without a doubt, and perfect to end the concert before going into the encores.

The encores were the repetition of two pieces already played by Dulce Pontes and Susanna Rigacci. Some people could understand it as laziness by the composer, since he has enough repertoire to be constantly changing the tracklist of the concert, and therefore, to surprise in the encores with something unusual that has not been played before. But I’m not going to be the one to use that as an argument to criticize. I am more like Humphrey Bogart in “Casablanca” who says “Play it again, Ennio”, and especially if it is the glorious “L’estasi dell’Oro”. 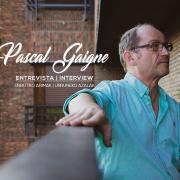 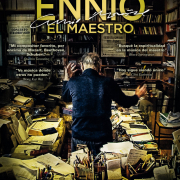 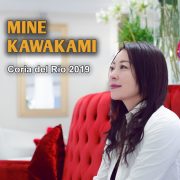