The SEMUA – Semana de las Músicas del Audiovisual (Week of Music for Audiovisuals) festival will celebrate its 3rd edition from Sunday 21st to Friday 26th of October 2018 in La Coruña (Galicia, Spain), after having carried out two successful previous editions: one in 2016 (read news) and another one in 2017 (read news).

SEMUA is a unique festival that, under the artistic direction of the composer Nani García, gives prominence to music for film, television and other audiovisual media, spreading word about the best compositions in each genre. The program of this third edition will feature lectures and masterclasses for professionals in the sector, as well as didactic concerts for the youngest by the Municipal Music Band of A Coruña. 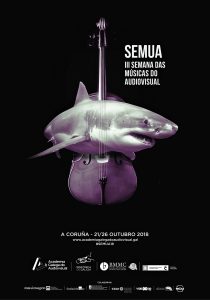 The festival will pay special attention to the figure of Spanish composer José Nieto, a referential author who worked with the most prestigious Spanish and international filmmakers, being able to enjoy the screening of two of his works commented by Nieto himself.

To close the festival, the OSG – Orquesta Sinfónica de Galicia, will offer on Friday, October 26th a concert at the Teatro Colón, in which some of José Nieto‘s main scores will be performed, as well as pieces by Galician composers like Xavi Font, Sergio Moure de Oteyza, Manuel Conde, Manuel Riveiro or Nani García himself.

The detailed program broken down by day will be as follows:

The concert program will be as follows:

The complete program of activities of this 3rd edition of SEMUA in PDF format can be found at: 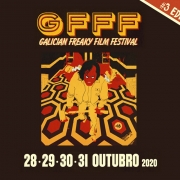 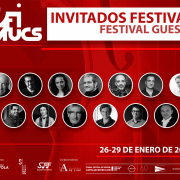 Concert ‘WEST SIDE STORY’ with the BOS conducted by Ernst Van Tiel...