Organized by the Real Orquesta Sinfónica de Sevilla – ROSS, Loyola University, the promoter Sevilla Film Orchestra, and SoundTrackFest, the festival will be held from March 4 to 7, 2021 in Seville, Spain, offering 3 concerts, master classes/conferences, meetings between film directors and composers, and more than 10 guest composers.

The project has the collaboration of ICAS – Instituto de la Cultura y las Artes de Sevilla, the Junta de Andalucía, the Fundación SGAE and the Cartuja Center Cite, in addition to the support of the Festival de Sevilla, the Andalucía Film Commission and the European FilmPhilharmonic Institute.

Below you will find a summary of the content of the festival:

The program includes the celebration of three concerts. The first two will be on Thursday 4 and Friday 5 of March at the Cartuja Center Cite, where the ROSS will pay tribute to the legendary composers John Williams and Ennio Morricone under the baton of maestros Alfonso Casado and Iván Palomares. The music of these two maestros will share space with works by the composers invited to the festival, many of them world premieres and specially prepared for this 1st edition of FIMUCS.

In addition, the program will be completed with a third chamber music concert performed by professors of the ROSS, on Sunday, March 7, and focused on the music of the Italian composer Nino Rota, to be held at the Espacio Turina.

The festival will offer a total of 6 masterclasses and panels at the Cartuja Center Cite organized by Loyola University on March 5 and 6, with the participation of the composers invited to the festival, as well as other professionals from the world of audiovisual music.

In addition, there will be professional meetings, one to one, between short film directors who are developing a specific project and new composers who can make their soundtrack.

Soon we will give you additional articles with detailed information on each of the aspects of the festival: concerts, conferences, meetings… But in the meantime, we invite you to check the official website at the following link:

SoundTrackFest is proud to be part of the organization of this project since its genesis, which although is born in a complex time for cultural initiatives, has the potential to become a reference not only in Spain, but also at European and global level.

However, let’s not forget that the long shadow of the coronavirus hangs over all the cultural events planned for the beginning of 2021, and with even more intensity for new projects such as FIMUCS. Therefore, with great enthusiasm and excitement, but also with great caution, we will continue to monitor the evolution of the sanitary situation, with the firm confidence that the festival will be held as planned. 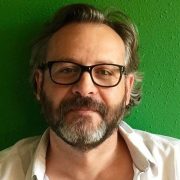 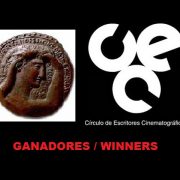