The 45th edition of the Cycle of Great Music Authors and Performers of the Autonomous University of Madrid will offer next Saturday, April 7th, a new and exclusive concert, which will contain a program prepared at the request of the CSIPM – UAM (Center for Research and Promotion of Music), where people will be able to enjoy the soundtracks of some of the most emblematic titles of films based on scientific disciplines.

The concert, named ‘Music, Cinema and Science. A Beautiful Mind’ will be performed by the Film Symphony Orchestra under the baton of Constantino Martínez-Orts and will be held in the Symphony Hall of the National Auditorium of Music in Madrid (Spain).

The music of great composers such as John Williams, Bernard Herrmann, Alexandre Desplat, Hans Zimmer or Jóhann Jóhannsson, will shape a repertoire whose main theme will be Science, including some of the most influential scores in the history of film music.

The complete list of pieces that will be performed is the following:

In the program you can see titles such as Psycho or Contact, with arguments inspired by branches of empirical knowledge such as neuroscience or astronomy, or soundtracks such as A Beautiful Mind, The King’s Speech, The Imitation Game, Apollo 13 or The Theory of Everything, intimately linked to scientific disciplines. Special mention will deserve composer John Williams, with the soundtracks of Close Encounters of the Third Kind and the last Indiana Jones movie. 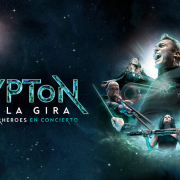 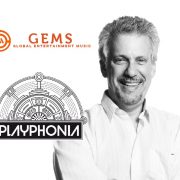 Film music and Fernando Velázquez in the 21st edition of the Malaga Festiv...
Scroll to top